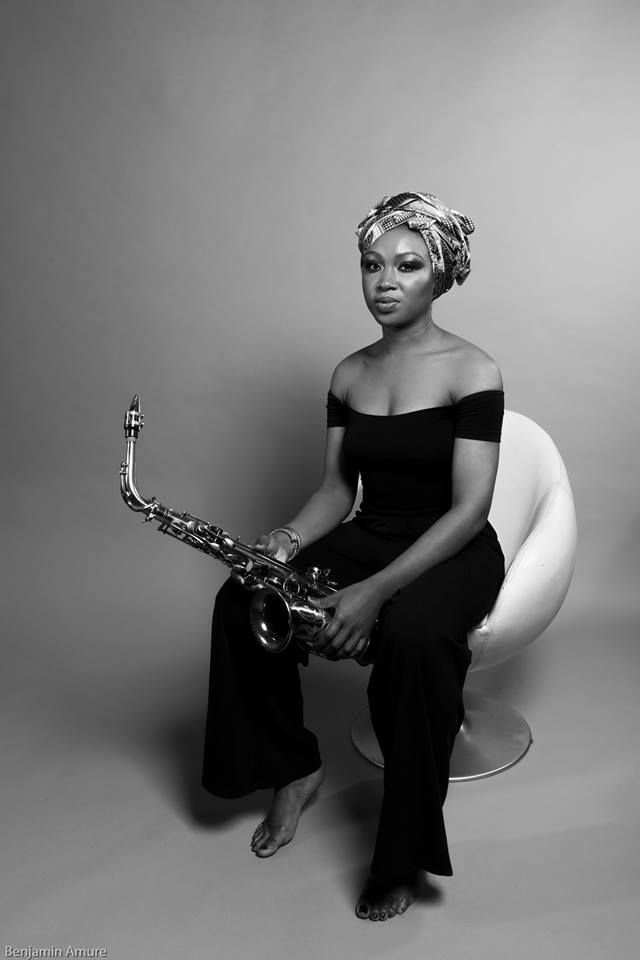 This is a gig to savour! A very special “All Done by Seven” double bill featuring Leeds Eastgate Big Band and rising London sax star Camilla George with her new quartet.

Due to popular demand…the band of the moment in Leeds. The Eastgate Big band take the best of the big band genre and apply it to new forward thinking projects proving that big bands can be as relevant as they ever have been in the modern music scene as well as respect the long standing tradition. Watch Leeds’ very own all-star 19-piece band play your favourite Michael Jackson hits from the classic albums “Off the Wall” and “Thriller” as well as hits from Prince, Chaka Khan, Phil Collins, Buddy Rich and Thad Jones.

Following that we host the first date on the debut tour by one of the UK’s most dynamic young talents, sax player Camilla George (from Jazz Jamaica), with a brilliant ensemble featuring Sarah Tandy (piano), Daniel Casimir (bass) and Femi Koleoso (drums). Camilla’s new album “Isang” was released on 13 January 2017 on Ubuntu Records. http://www.londonjazznews.com/2016/12/preview-interview-camilla-george.html