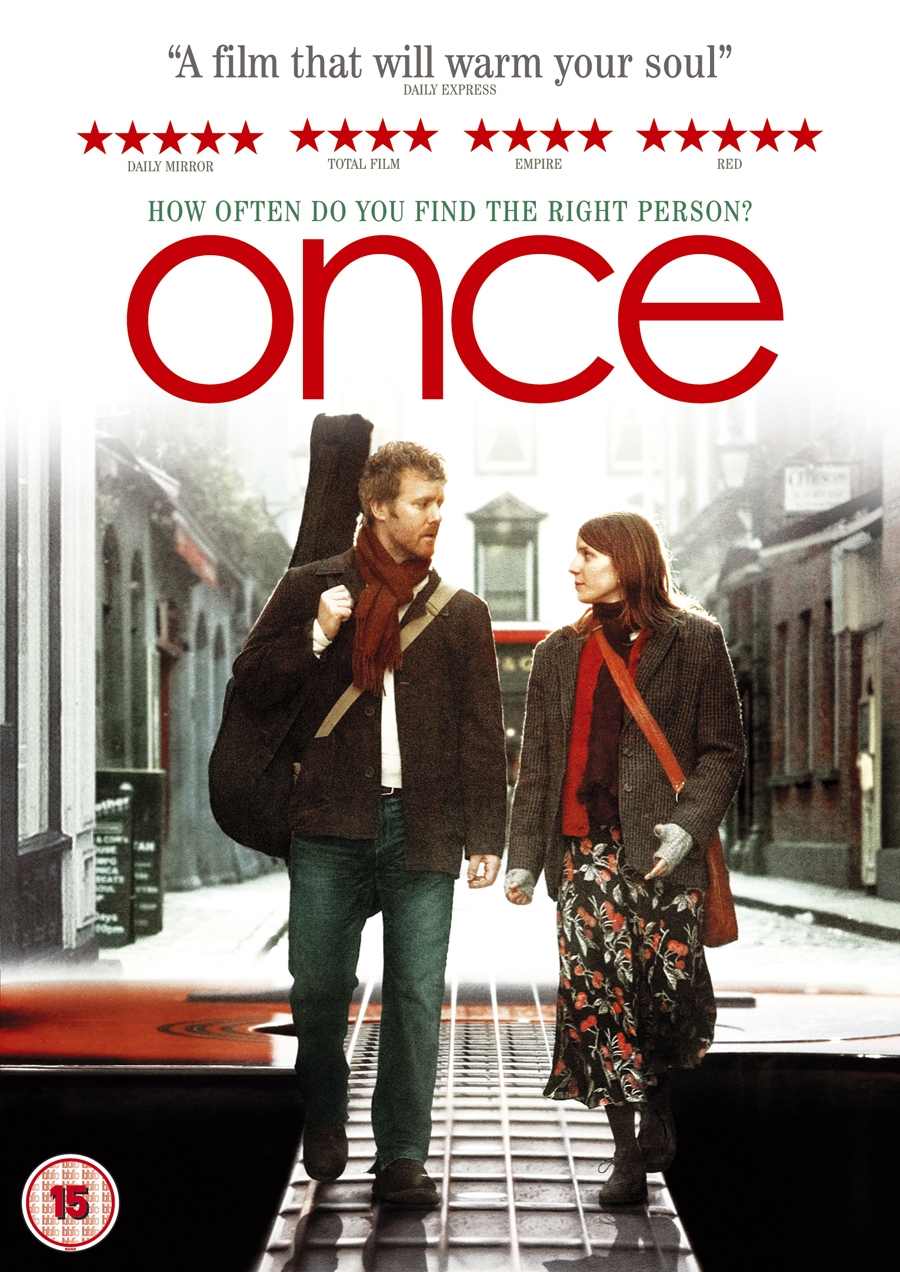 Set on the streets of Dublin, this music-filled film tells the story of two kindred spirits during an eventful week as they write and record songs that reveal their unique love story.

A vacuum repairman moonlights as a street musician and hopes for his big break. One day a young  Czech woman, who earns a living selling flowers, approaches him with the news that she is also an aspiring singer-songwriter. The pair decide to collaborate, and the songs that they compose reflect the story of their blossoming love.

Once is a soulful valentine to music, friendship and the joys of honest hard graft, played out in the bedsits and recording studios of a deglamourised Dublin, and running to the kind of warm, easy rhythms that typified Richard Linklater’s Before Sunrise.

The film’s unabashed romanticism might start to grate were it not for Carney’s sharp feel for the impoverished circumstances of his main characters; the sense that, for all their flirty banter and boisterous singalongs, these people are pretty much clinging on by their fingertips. It’s the grit that makes the pearl.

Once is shown in collaboration with Irish Arts Foundation.