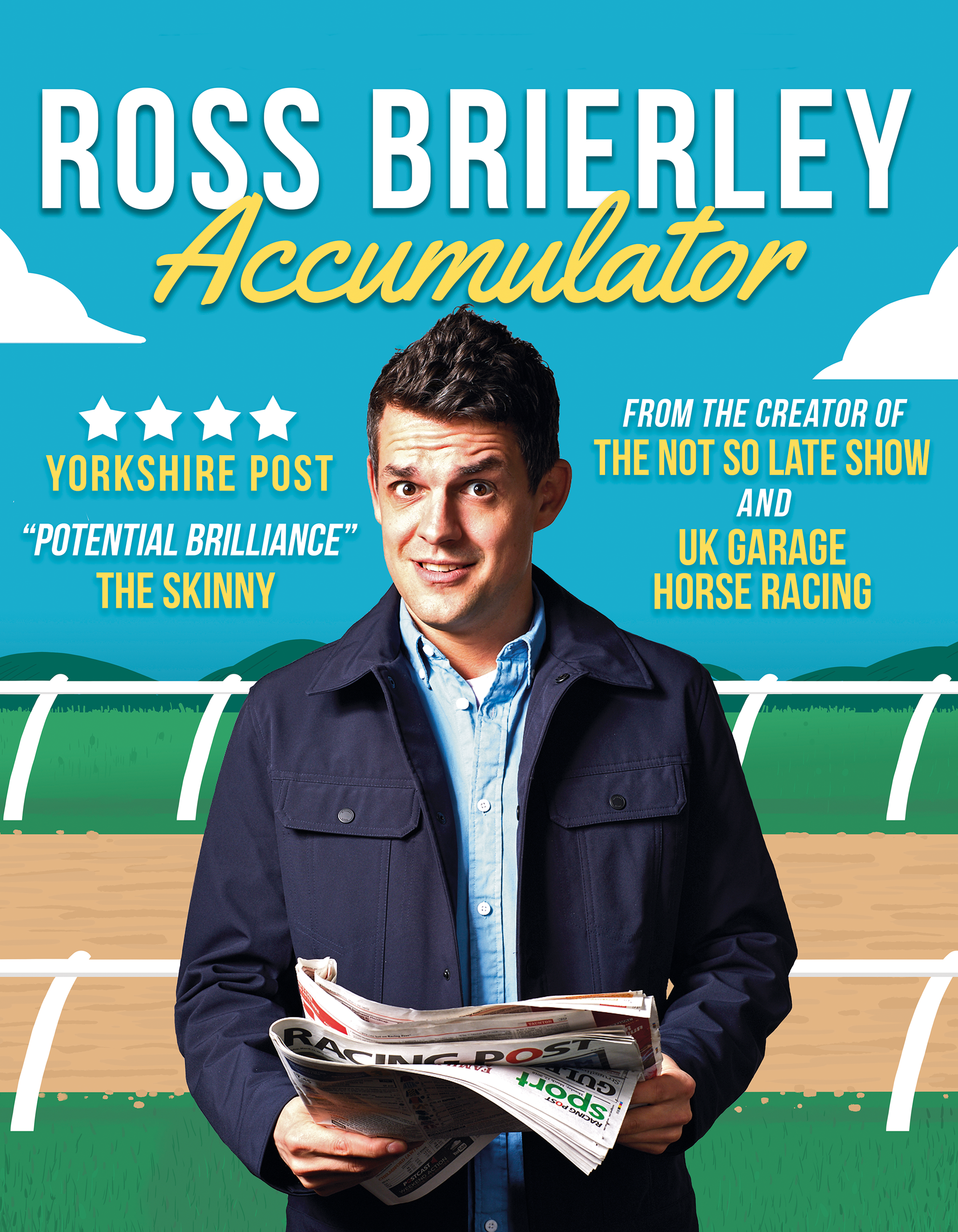 After an (almost) sell out run at the 2018 Edinburgh Fringe, award-winning comedian and local resident Ross Brierley brings his debut, full length stand up show back to life at the venue closest to his house.

What would you do if you had a bet on the horses and won a year’s wages in a day? Quit your job and become a professional gambler? Sure, why not. Ross takes you on a surreal journey into the highs and lows of trying to predict the future to pay the bills. An hour of big, daft ideas and little plastic pens from the host of The Not So Late Show with Ross and Josh. ‘Potential brilliance’ (Skinny). ‘Setting a high benchmark for alternative comedy’ **** (Yorkshire Post)

Ross Brierley is host of the cult hit The Not So Late Show and creator of viral sensation UK Garage Horse Racing. He’s a “natural at the mic” (The Scotsman) and his material is “Slickly delivered and remarkably assured” (The Wee Review) and his debut solo show ‘Accumulator’ played to sold out crowds at the Underbelly, Edinburgh Fringe 2018.