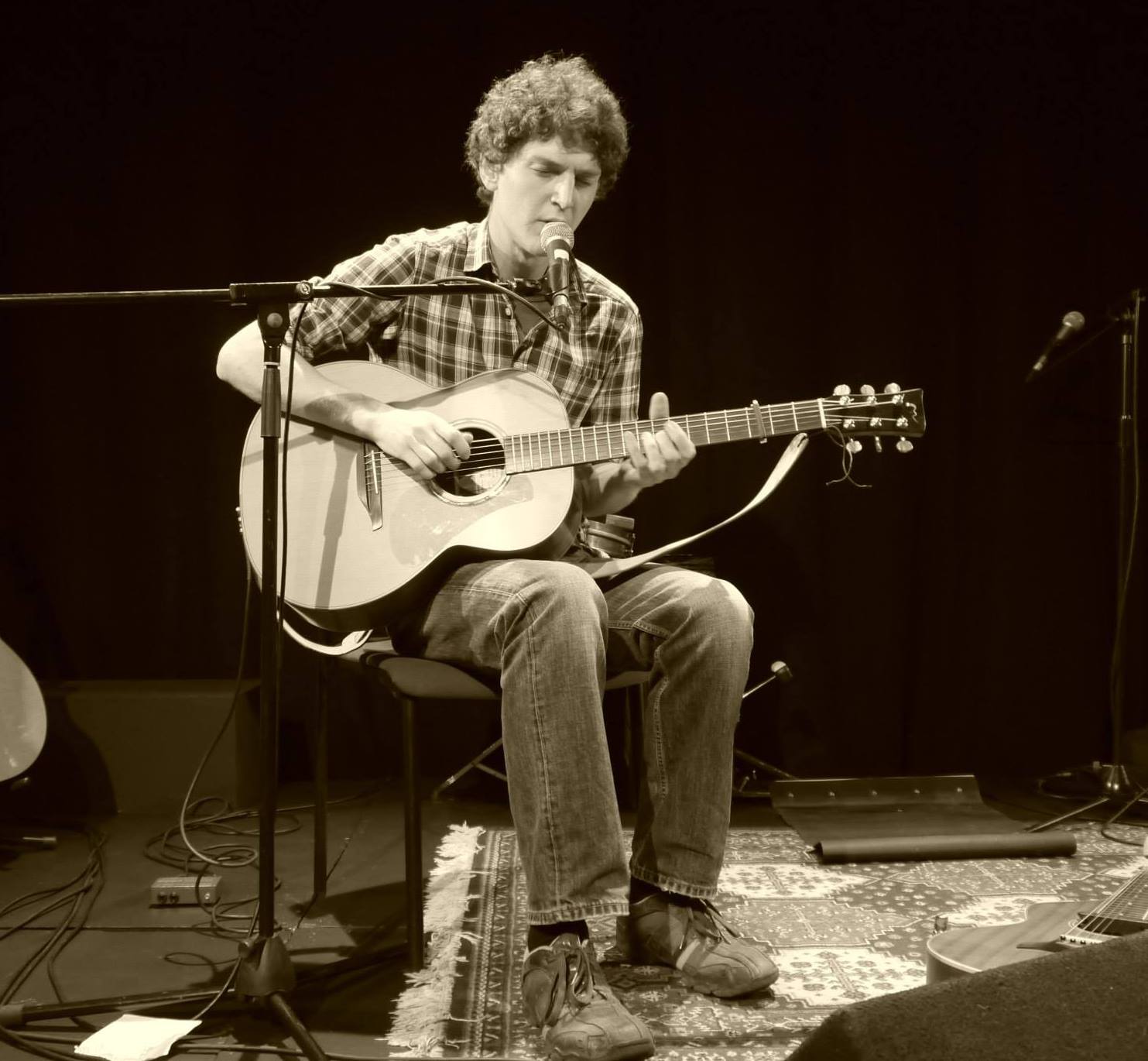 Pete Dilley is a singer/songwriter from Shotley Bridge, Consett, Co. Durham. A Beatle obsessive from an early age, he started learning guitar at age 11. A Ralph McTell gig in 2001 sparked an interest in finger-style guitar and English and American folk music. In 2017 he opened for Ralph McTell in Whitley Bay: a career highlight.

In 2018 he moved to Hebden Bridge where he has been integrating himself in the local music scene and performing at folk clubs in Cumbria, Yorkshire and the North East, as well as festival dates.

In 2020, he began working on a film with English folk guitarist and singer/songwriter, Steve Tilston, to celebrate his 50th Year in the industry called ‘A Tilston Trail’ . The film features walking, conversation and music, including some collaborations between Steve and Pete.

“‘Quite simply Peter Dilley is one of the very best players/songwriters from this new generation. His song ‘Deep blue dreams’ is timeless and makes me wish I’d written it.” Steve Tilston.

In Seven’s Courtyard – inside Seven in the event of bad weather.