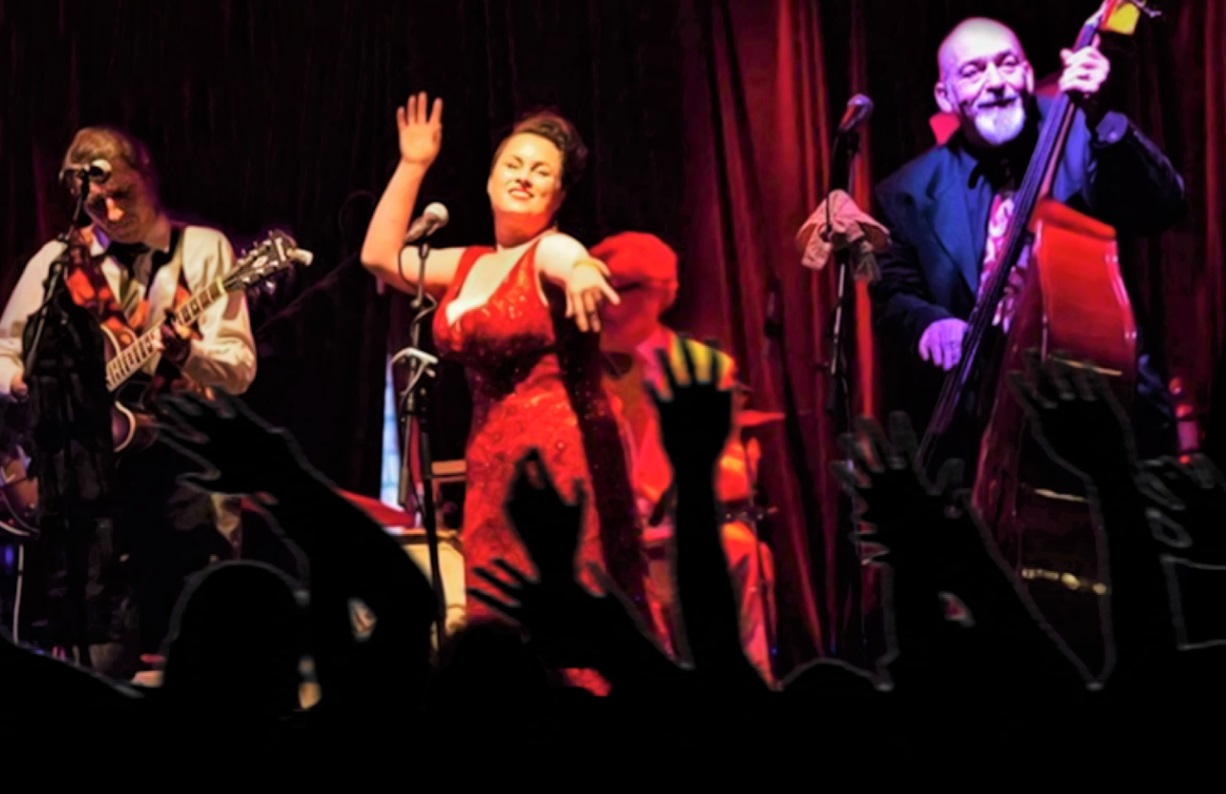 West Yorkshire five piece, the 309s, have spent the last twelve years rocking and rolling their repertoire at events all over the country. Think Hank Williams, Bob Wills and early Johnny Cash joining forces to make a classic 20th century sound that is the roots of rock and roll. Crowds have danced the days and nights away to the 309s’ beat at an extraordinary range of festivals and gigs.

They take their pick of songs mostly from the Southern States of America, between the years 1925 and 1955; quite a range of music, from Western Swing (“jazz with a cowboy hat”) perfected in Texas by Bob Wills, right through to Rock ‘n’ Roll’s early days in Memphis, Tennessee.
On the way we take in early country and blues forms, from the likes of Hank Williams and Louis Jordan.

“What if paradise was hidden in the Yorkshire moors? Well with this English quintets’ music you’re nearly there. A group worth checking out as quickly as possible!”
Cri Du Coyote, France

“Optimistic, ironic, lively and very, very danceable. The band is made up of a fiddler who can fly when the mood takes him, not to mention singing or playing the trumpet; a guitarist and lead singer with an Elvis-like stance and charisma to match; a stand-up bass player with a glorious baritone; a rock steady drummer, playing the startling wooden drum kit he made himself; and a singer, in her shimmering 50’s frock with such a voice – from light as a feather to an uvula rattling growl.”
How Do magazine