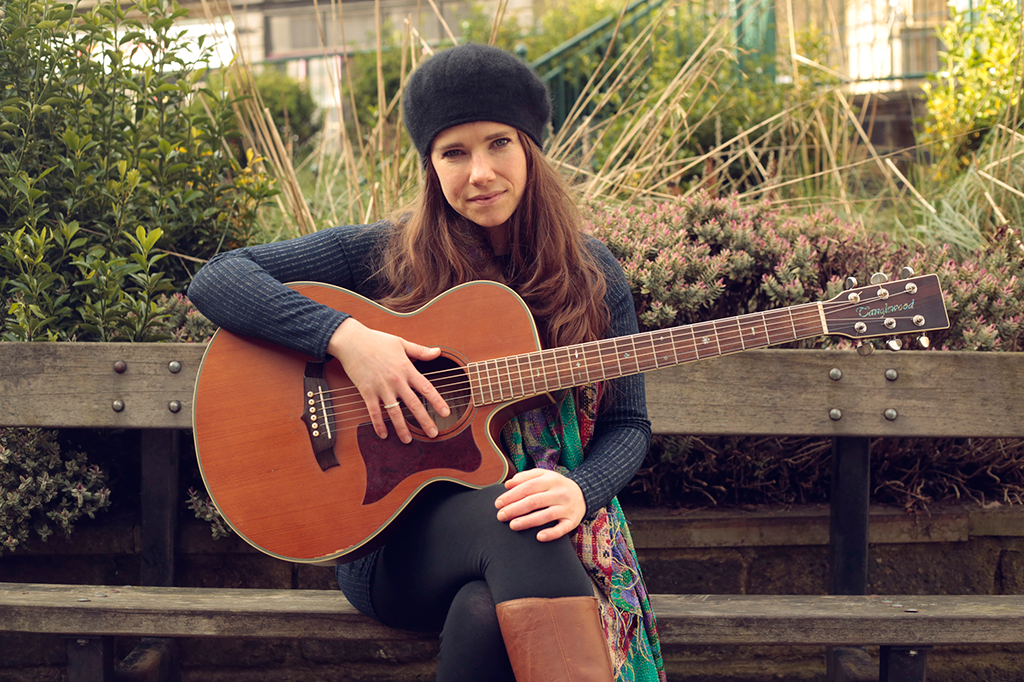 JENNY NOYES Singer-songwriter Jenni Noyes creates a cinematic sound that explores the rich darkness & vibrant light deep within our human being. Her haunting, gentle, yet powerful performance is likened to Lou Rodes (Lamb), and Elisabeth Fraser (Massive Attack). Her subtle, sunlit, touch on guitar creates an ethereal synthesis for her lyrics to luminesce. Her songs dawn from the light of another moon, shine a lucid feminine radiance on the stories in life we all share.

This launch event marks the release of Jenni Noyes’ Debut Album Alone on the Moon, with solo act support from;

MIRANDA ARIEH www.mirandaarieh.com/
Miranda Arieh released her first solo album in March 2015, and has since had half the tracks played on BBC Radio, toured the UK and USA and won an award with Leeds Music Video Awards. Miranda is a hard working, original artist, playing unique alternative pop. She has been described as; ”A lyrical masterpiece” (Marsh Blues and Folk), ”No-one else sounds like Miranda- truly unique..’’(Soundscape), ”Brilliant artist, love what she does’’(Alan Raw BBC Introducing), ”Each passionately delivered song exudes a sense of strength, philosophical wisdom and life experience… (performance) that highlights some undeniably clever, affecting and unique songwriting…” (Soundblab.com)

VICKY WHELAN www.dragonflytattoo.co.uk/
Vicky Whelan is currently recording her first solo album “Hummingbird” with the producer John Gooding in York. Though not a stranger to the music scene, her brain child Dragonfly Tattoo have accomplished two EPs so far; Songs of Love and Murder and Closer to the Sun. Her beautifully crafted songs are gothic romance, ethereal pop and the Brontes on a Nick Cave trip. Closer to the Sun was voted record of the year by the Harrogate Advertiser Gig Scene and hailed as “haunting and stunning.” Vicky’s solo acoustic work is lighter, though still with a shadowy hint of the twisted fairy tale. At the core of the lyrics of this solo work is an expression of hope, a fragile candle flame of light. “Whelan’s voice is like a femme fatale” (North Leeds Life), “Stevie Nick’s led astray by Patti Smith. Atmospherically lush” (Instrumentali), “Dreamy music that will resonate with fans everywhere” (World United Music), “Beautifully crafted, smouldering. A haunting blend of fragility and strength” (York Evening Press).

FRAN WYBURN www.franwyburn.com/
Fran Wyburn of Fran Wyburn and the Indigos worked in London as a theatre practitioner and then set off around the globe with a guitar on her back, returning a fully fledged songwriter. Fran has since conceived Fran Wyburn and Indigos and gigged across the UK, charming audiences with rich harmonies, subtle instrumentation and quirky story telling tales. Inspired by the 1960’s folk revival, the band is current, original and spirited. Their unique blend of folk and warm personalities have collected a strong and passionate fan base. Fran and the Indigos have just released their 2nd EP, Postcards, a collection of pensive and uplifting songs with melodies that dance the soul and lyrics that speak straight to the heart. Their 1st release ‘Little Moments’ was played on the Mark Forest Show and accompanied by a schedule of performances across the UK including; Northern Green Gathering, Spotlight on Female Composers, BBC Introducing West Yorkshire, Tea House Theatre and All Done For 9.

Lisa writes about the amusing, the painful and the plain weird encounters that crop up in life. Throw in some groove driven, intricate acoustic guitar and clear as glass vocals and you have something tasty for the eardrums and the soul. She’s gigged all over the show from Brighton to Buenos Aires and her latest album ‘Old, New & Out of the Blue’ is a collection of songs recorded in a cellar in Yorkshire waiting to take you on a dark and playful journey. www.facebook.com/lisamarieglovertunes twitter.com/lisamarieglover