Events are held in Seven’s courtyard or venue depending on the event and /or weather. The venue is currently laid out cabaret style in a socially distanced format. Events are by ticket only or on a Pay What You Feel basis – these are hard times for musicians and artists so please give generously. 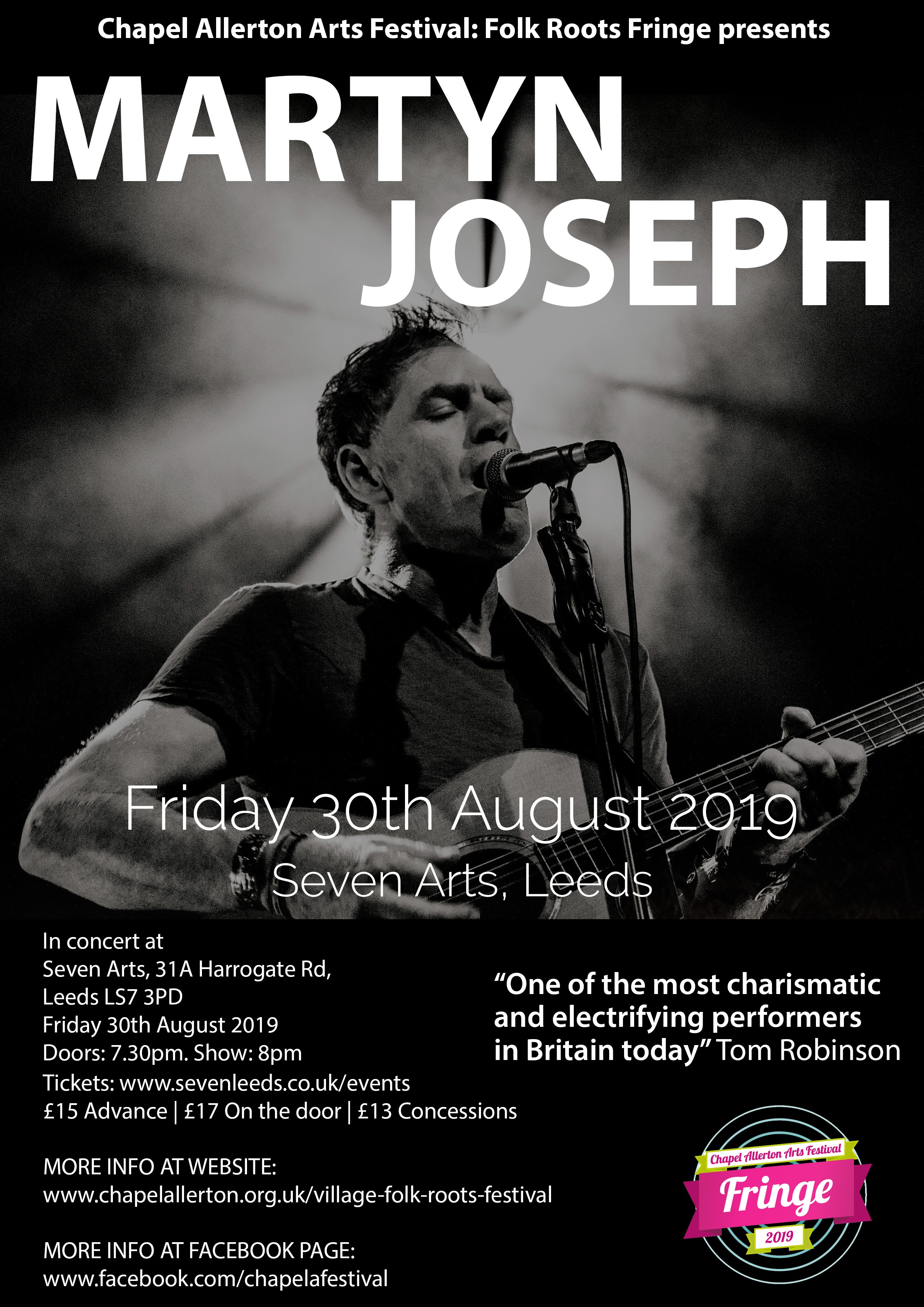 Martyn Joseph is a unique and mind blowing artist. Take everything you think you know about singer songwriters….and rip it up. For one man and a guitar he creates a performance with a huge far-reaching sound that is energetic, compelling and passionate. Be it to two hundred people or twenty thousand, he blows the crowd away night after night.

2018 saw him honoured with a ”Spirit of Folk” Award by Folk Alliance International in Kansas USA and he also received Fatea magazine’s “Lifetime Achievement Award” here in the UK, and in January 2019, he released his critically acclaimed album Here Come The Young, of which Uncut magazine said “He’s never sounded more potent than he does here”

He is gifted with the rare ability to speak to the soul with his expressive and poignant lyrics and has a career spanning 30 years, 32 albums, over a half a million record sales and thousands of live performances. And has toured with Art Garfunkel, Jools Holland, Joan Armatrading, Celine Dion, Shirley Bassey amongst many others.

Compared to Bruce Springsteen, John Mayer, Bruce Cockburn and Dave Matthews, he has created his own style and reputation as a mesmerizing live performer and stands in his own right, built on a reputation for giving what thousands have described as the best live music experience of their lives.

A unique talent driven by passion, social awareness and love for his trade, he’s a jaw dropping guitar player who has developed a unique percussive style, teamed up with a powerful show stopping voice, and has been called “The Welsh Springsteen”

Privileged to have Martyn Joseph perform at Chapel Allerton Arts Festival. A concert not to be missed!

“Stunning, heartfelt music. He is one of our most intelligent writers” Bob Harris BBC Radio 2
“One of acoustic music’s most original voices, and most forward looking of his generation of singer/songwriters” Q Magazine
“Compelling courageous live performer” MoJo
“One of the most charismatic and electrifying performers in Britain today” Tom Robinson

Martyn Joseph on You Tube: